The Pioneer SE-700 were the company’s flagship headphones released back in 1974. The driver is an unusual piezo-electric type. I am personally not aware of any other headphone manufacturer that offered this type of driver, but feel free to share in the comments if you know of one. The SE-700, SE-500 and SE-300 all use a similar element.

I’d describe the sound as airy, crisp, and similar to an electrostat with a detail emphasis. Bass quantity is very low, which I believe is typical of this type of driver. The simple metal frame and gimbals look rather elegant, and the overall unit is pretty light. The way it rests on the head is slightly odd compared to modern headphones, but it’s still very usable.

The piezo-electric driver is a very thin piece of metal foil with a frame going around the perimeter, with the positive and negative connections at the bottom. It is covered with bright yellow foam resembling a dish sponge. It is also quite delicate, so even opening the headphone can damage the driver. The unit is sealed shut with rubber cement or a similar adhesive so it must be opened very slowly and carefully to access the inside.

The wire connections for the driver are circled in red below: 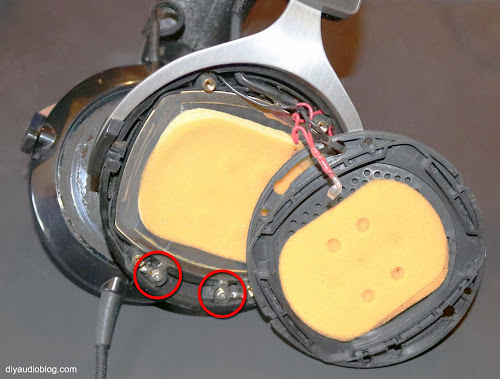 If you’re looking to purchase one of these you can keep an eye out on Reverb, eBay or similar platforms. Price for a good example will generally be between $80 and $150. You’ll probably want to replace the wiring including the 3-meter cloth-covered cable, and the vinyl headband and ear pads which will likely be flaking.

My client Steve who sent me the headphones had already replaced the pads and requested the inner wiring be replaced. The existing wiring contacts had been twisted together and covered with heatshrink (see above image), which seemed like an odd manufacturing choice and not an ideal connection. Running single strands from the connection would sound better. You’ll note both sides of the headphone below after the cabling was replaced. 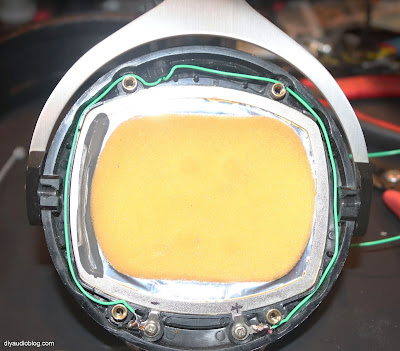 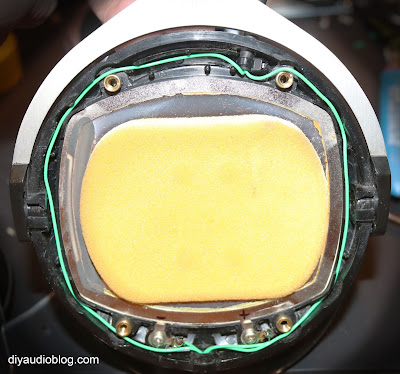 The headphone was reassembled using 3M double-sided tape so it can be more easily opened if needed. Steve will be crafting a calfskin headband for the unit as a replacement for the original vinyl headband, which I feel is the only visual let-down. It appears EricJ from HeadFi created an excellent tutorial back in 2007 on creating a replacement headband which you can find here. Below you'll see the refurbished/modded unit. 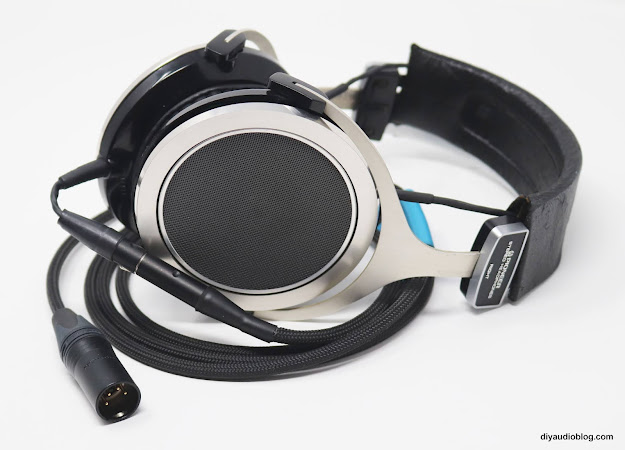 I hope you enjoyed this post on one of the more interesting vintage headphones out there. If you have a headphone that needs a cable upgrade please be sure to visit Zynsonix.com.

Disclosure: Please remember that using a soldering iron and/or modifying headphones can be dangerous to you and/or your surroundings and should only be performed by a certified technician. The owner of this blog and all associated parties can not / will not be held responsible if you attempt a modification posted above and cause physical harm to yourself or your surroundings.
Posted by HiGHFLYiN9 @ Zynsonix at 3:56 PM