I attended Capital Audio Fest 2015 in Rockville, Maryland to not only hear the latest and greatest audio equipment, but to connect on a personal level with other enthusiasts. Zynsonix Audio is a small, boutique company where I enjoy what I do, hand-building cables for audiophiles and hopefully sharing an conversation or two about the hobby and what it means to us. There were many others in the same boat attending CAF, their business priorities occasionally taking a back seat to the passion they have for creating truly unique offerings to others around the world. There were many listening rooms in the Hilton, with 50+ vendors being represented.

It's tough to be an aging audiophile! Things that may have impressed you early on in your search for the holy grail in sound reproduction now likely fall flat on your ears. That being said, when you hear something really groundbreaking after decades of listening, you know that device, speaker, headphone, etc. is truly special.

Three rooms truly stood out to me, not only amazing sound, but for other reasons as well.

Volti Audio were in attendance with their splendid Vittora,($25K), a large horn speaker which has a resemblance to a Klipsch La Scala II, however it's much prettier and the internals have a more modern touch. These speakers had a great presence, very refined, slightly warm, and filled the room with beautiful music.


There was also Daedalus Audio with their Poseidon V.2 speakers in solid maple (dove-tailed and everything! Appx. $22K as configured). These speakers were crystal clear and covered the entire spectrum of sound equally well. They were slightly more forward sounding than the Vittora, the treble energy to the enveloping mid-range to solid, well damped bass was perfectly balanced to these ears. Truly an amazing set of speakers. 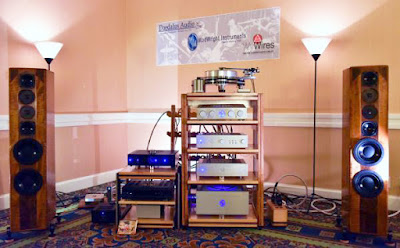 
And perhaps the most surprising of the bunch was Fyssion Audio. Easily the most entertaining of the rooms, I was greeted by four enthusiastic gentlemen who were eager to present the fruits of their labor. I didn't know what to expect, it was my first time hearing about the company, and the speakers were very unique in appearance. The gentlemen went in order of progression from their first creation, the Profound Round, which is a tubular speaker which is wrapped in leather and sits a top a wooden tripod (very vintage chic, high WAF here guys), to their newer creations, which included the Mighty Mini. The differences between the models were very apparent. JC of Artisan Audio, parent company of Fyssion, mentioned that the Trinity Engine, the branding for their unique design configurations, was based on empirical design (i.e. if it doesn't sound amazing, scrap it and try again until it's just right). Once the right dimensions were discovered, they use a CNC to accurately create the panels for these speakers.

All of these speakers in the lineup were great performers in their own right, however the ones which really blew my mind was the XY 30X30 series (the smallest of which the aforementioned Mighty Mini). They're called 30X30 as the drivers face 30 degrees away in each direction, something I hadn't seen done before. These speakers may look diminutive in size, however the sound-stage they created was worlds better than anything else I had heard. You could stand almost anywhere in the room and still have really nice imaging, these are not speakers where you must be in the center seat with high frequencies at ear level. Not only was the soundstage immense and enveloping, but the sound quality itself was top notch, with crisp, clear tonal quality. 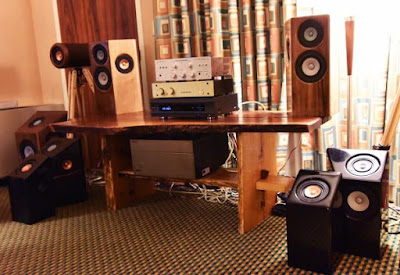 Fyssion had many speakers from it's lineup on display


I think what's exciting here is that these speakers are small enough that they could fade away into a living room or den with the right finish. The Mighty Mini measuring 8" x 12" x 20" and its bigger brother the XY 30X30-4 measuring 16" x 11" x 26" perform like far larger speakers, Supreme WAF (wife approval factor) and ZERO sacrifice in sound quality. I'd imagine these speakers would be excellent for video game and film enthusiasts too, livening up the experience with enveloping sound. 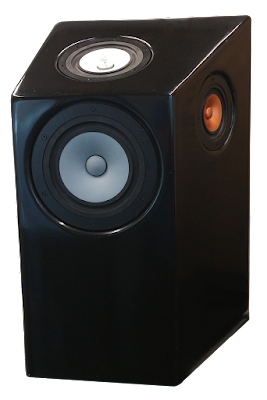 My personal favorite, the Mighty Mini


Cost for the Mighty Mini starts at $3,500, quite a bargain compared to the other speakers in attendance. Fyssion earned a best in show award at Capital Audio Fest, so evidently others were equally as impressed. I'd highly encourage you to seek out an audition of the Fyssion offerings, very impressive in my book.