The Retro Evercade Console is Here!

I've been waiting for the Evercade for quite a while and it's FINALLY here!

It's pretty darn close to what I expected. The Evercade is a value-oriented product, so there are a number of compromises necessary to hit that low-cost sweet-spot. What really matters though is if it scratches that nostalgic itch and does a decent job of presenting the games, especially to those who may have never played them before. Get a low-down below of where Evercade really hits the mark and where it falls a little short: 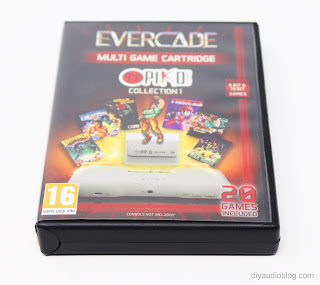 What could be better:

Overall I think the Evercade is a really nice gesture to the retro gaming community. It’s a solid product with a price-point that’s accessible to many and already has great support from developers. The whole premise reminds me a bit of the NEO GEO X Gold, which was a nostalgic system released mostly for collectors where games were sold separately via cartridge. While I love SNK and the Neo Geo, I think the Evercade has more going for it than the X Gold with access to a variety of publishers.

The real litmus test is in the games, and Evercade already has 10 titles available at launch (very impressive) and 4 more which will be releasing in Q3. Not only are there classic games, but new titles like Xeno Crisis and Tanglewood are being released. I’d really like to see it succeed so we can have even more newly released games and more classic collections to check out. I think the unit’s success in the market will be dependent on gaining more buy-in from devs so there are more carts available to consumers.

What could Evercade do to make a very solid release even better?