Unless you’ve been hiding under a rock, you’d know that AudioQuest is one of the most prolific audio cable manufacturers in the business. They also make some other nice stuff including the Dragonfly-series USB DACs and Niagara-series power conditioners. I personally really like their Jitterbug, an inexpensive little USB device that filters the power on your computer’s USB out.

Several years ago, Audioquest released their first foray into the burgeoning headphone market: The Nighthawk. The Nighthawk was priced competitively at $699 when it came out in 2015. It also made use of 3D printed "plastic-wood" cups, which was relatively cutting edge for the time. Since then, there’s been so much fierce competition in this price range that it would be hard to recommend it at its original price (these days I’d recommend the Audeze LCD-2 Classic or MrSpeakers/Dan Clark Audio AEON in this range).

AudioQuest must have noticed the sea-change in the space, subsequently reducing the price to $599, then to $399, before discontinuing it at a price of $249. Somewhere during this 5-year stint the NightHawk Carbon came out with a revised driver and a closed-model, the NightOwl, came out. The interesting plastic-wood was also replaced with a less unique (and probably less polarizing) shimmering dark blue, not too far from the color-scheme of some Massdrop headphones like the Sennheiser HD-6XX (see 6XX mods here).

Does the free-falling price-point insinuate that Audioquest's stint into headphones was poorly executed? Not at all, it's actually quite good for a company's first entry in the space. I personally find them a joy to listen to. Their signature is warm, slightly dark, very forgiving of poorly recorded music (think garage indie and alternative rock), and provide good bass quality and quantity. They’re well suited for movies and videogames in addition to music. They’re also very easy to drive with a 25-ohm impedance, and they’re light and comfortable. Some other niceties include a substantial travel case, two different pairs of earpads in the box (leather and velour), and a headphone cable with a microphone built in.

Oddly, the headphone cable is only four feet, which is a length typically reserved for headphones that are intended for mostly portable use. Given the NightHawk is semi-open and is not foldable, this is an odd choice, but fortunately solvable given the cable is user replaceable.

Given the Nighthawks are on the dark/warm side of things, a crisp-sounding cable will help bring the details out and give the headphone a more balanced sound. I chose the Xev, which is silver-clad copper in PTFE, rather than an all-copper or litz copper solution. Had the headphone been more detailed to start, a copper cable would work perfectly well. 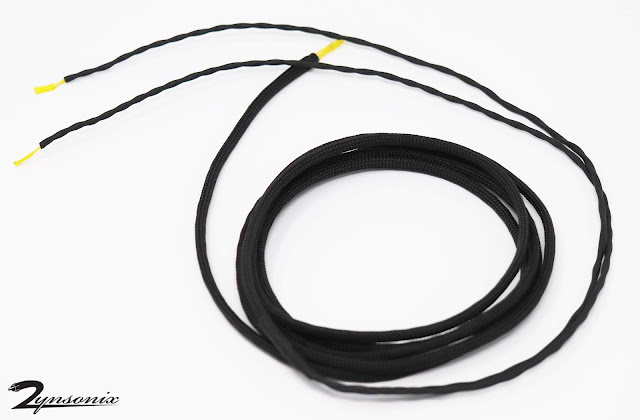 The NightHawk makes use of 2.5mm TS connectors, where the sleeve is ground/negative, and the tip is signal/positive. They need to be slim fit or you'll run into issues. Eidolic makes a nice connector that fits the requirements as of this writing, and you can find solutions on AliExpress as well. 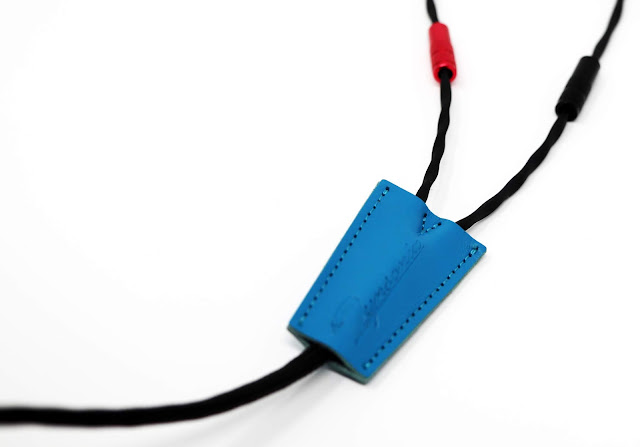 Below is a photo of the completed Xev cable, flexible and lightweight with plenty of length for those of us that need more than 4 feet. 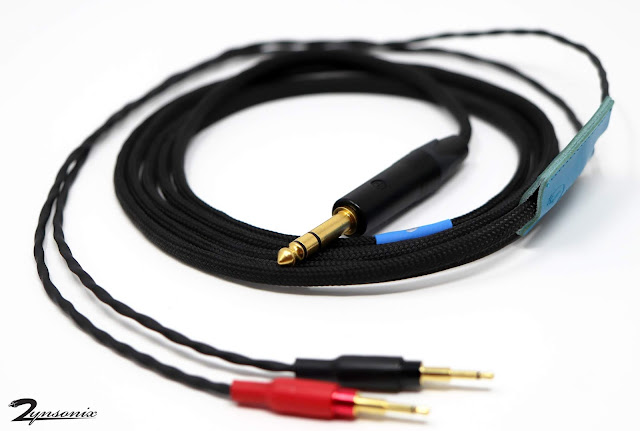 The sound is notably more balanced with more prominent treble, making it a definite keeper. 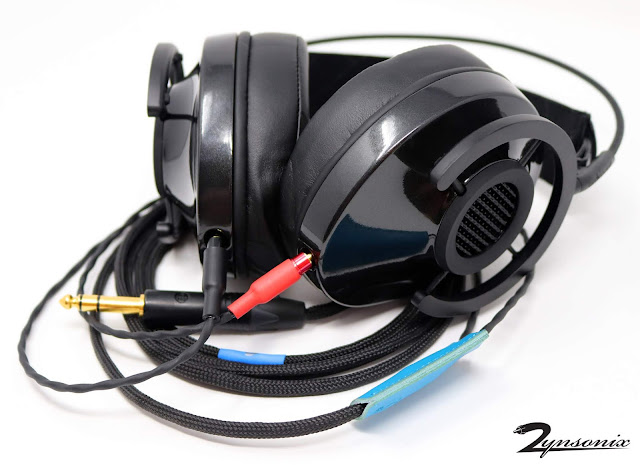 If you are interested in the NightHawk Carbon, I'd suggest picking one up soon, as they are discontinued and AudioQuest has released a letter to distributors indicating they don't plan to offer any subsequent headphones, at least not in the immediate future. For the current price, build quality and extras, I could see this being a great first step into audiophile headphones, although one should also check out the Sennheiser/Massdrop HD-6XX, it's a hard value to beat.

To order a custom cable for the NightHawk, NightHawk Carbon, NightOwl, or many other headphones, please visit Zynsonix.com today.